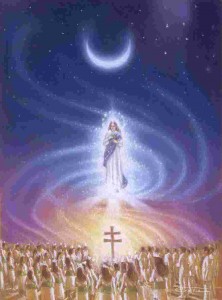 The special edition of The Light From the Forest: The Ritual Use of Ayahuasca in Brazil introduces the English-reading public to an ongoing discussion that has until now been occurring mainly among Portuguese speaking anthropologists. It has been organized by two of the leading Brazilian scholars working in this field – Beatriz Caiuby Labate and Edward MacRae – and presents discussions related to the three largest Brazilian religions which make sacramental use of ayahuasca (a psychoactive beverage originally used by indigenous groups) — Santo Daime (with its two main denominations, Alto Santo and Cefluris), Barquinha and União do Vegetal. During the twentieth century these eclectic religions have woven together strands of popular Catholicism, Amazonian Shamanism, Spiritism, European Esotericism and Afro-Brazilian religiosity. These elements are combined within Brazil’s ayahuasca religions to form a rich pattern which, after playing an important part in the settlement of Amazonian frontier lands, has now been taken up by the middle classes in large metropolitan centers throughout Brazil and other parts of the world (e.g. Europe, North America and Japan). The special edition of the journal Fieldwork in Religion reproduces some of the best articles published in Portuguese and introduces previously unpublished pieces to provide an excellent ethnographic study of the history, theology, cosmology, rituals, liturgical practices, and social organization of these religious groups. In addition to an historical synopsis of the process of legalization of ayahuasca in Brazil, the use of psychoactive substances in religious ritual settings is treated as are other central debates surrounding the use of “drugs”. A small but good selection of photographs help the readers engage with this rich cultural universe. It is hoped that this special edition will stimulate further developments in a field of study which is barely twenty years old.