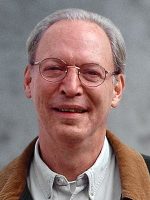 was born in São Paulo in 1949 to an English father and an Argentine mother. He obtained Bachelors and Masters degrees in Anthropology from the University of Cambridge in 1975. He has done fieldwork on the traditional use of coca leaf amongst the Paez Indians that was published in 1978 in London (Mama Coca). He has lectured on this topic at the University of Cauca, Popayán, Colombia, and at the IFCH-UNICAMP. He has acted as a researcher and consultant on psychoactive substances for the State Council on Narcotics (CONEN-SP), for the European Parliament, for the World Health Organization, for the Observatoire Géopolitique des Drogues (Paris), and for the AIDS prevention program of the Secretary of Health of the State of New York. Currently he is engaged in research on the plantas maestras (teaching plants) of Peru, especially the coca leaf, the San Pedro cactus (Echinopsis spp.), and huilca (Anadenanthera colubrina). He is also an associate researcher at the NEIP – Núcleo de Estudos Interdisciplinares sobre Psicoativos (Interdisciplinary Group for Psychoactive Studies). He is responsible for the cultivation of the non-ayahausca plants at Alto das Estrelas.