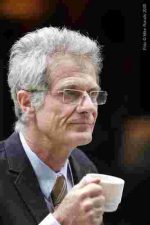 was born in São Paulo in 1946, son of a Scotsman and a Brazilian mother. He was educated in Great Britain, where he earned a degree in social psychology from the University of Sussex and received his master’s degree in Latin American sociology at the University of Essex. Returning to Brazil he studied anthropology at UNICAMP and at USP, where he earned a doctorate in social anthropology. Since then he has researched drug issues, working first in the São Paulo State Institute of Social Medicine and Criminology (IMESC) and in the Drug Dependence Education and Treatment Program (PROAD/EPM), and later as a member of the São Paulo State Drug Council. He currently resides in Salvador (Bahia state), where he lectures in anthropology at the Federal University of Bahia (UFBA). He is also an associate researcher at the Center for Drug Abuse Studies and Therapy (CETAD/UFBA) and with the NEIP – Núcleo de Estudos Interdisciplinares sobre Psicoativos (Interdisciplinary Group for Psychoactive Studies). His main teaching and research interests at the moment deal with themes related to the social anthropology of drug use in general with a special emphasis on the ritual use of ayahuasca in the Santo Daime religion.

Between 2003 and 2006 he represented the Brazilian Ministry of Culture on the National Antidrugs Council (CONAD) and acted for a time as  vice coordinator  of  that Council´s “Technical-scientific Advisory  Chamber”.He was also a member of the  Multidisciplinary Work Group set up by CONAD  to regulate the religious use of ayahuasca in Brazil. Presently he occupies the seat reserved at  CONAD for an anthropologist.

Dr. MacRae has written books about sexuality, social movements, the socially integrated use of psychoactive substances, and the reduction of harm associated with drug use.