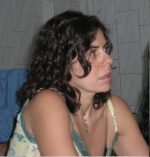 was born is São Paulo. She is a Ph.D. in social science from UNICAMP. Her dissertation was titled “Contrasts and Continuities in an Amazonian Tradition: The ayahuasca religions,” and comprises a comparative study of the three principal Brazilian religions that use the psychoactive drink long known by the Quechua name ayahuasca and by other, more recent denominations, such as Daime and Vegetal. She holds a master’s degree in social anthropology from USP, where she defended a thesis on “The Cultural Roots of Santo Daime.” She contributed a chapter to, and helped organize, the edited volume O Uso Ritual da Ayahuasca(Labate and Araújo 2002). A specialist in ayahuasca studies, in recent years she has widened her focus, as exemplified in the book she edited with Beatriz C. Labate, O Uso Ritual das Plantas de Poder (Mercado de Letras: 2005). The book brings together work on the consumption of sundry psychoactive substances in various cultural contexts, such as tobacco, coca leaf, the jurema of Brazil’s Northeastern Indians, and Cannabis sativa. Goulart has also done research on the use and traffic of illicit drugs, most recently on crack consumption in São Paulo, and was sponsored by the United Nations’ Latin American Institute for Crime Prevention and the Treatment of Delinquents (ILANUD) (see Mingardi and Goulart, Revista do ILANUD, no. 15, 2001). The research was part of a wider UNESCO study aimed at comparing contexts of illicit drug use and traffic in four countries, including Brazil. Currently she is assistant professor at Cásper Líbero College and an associate researcher at the NEIP – Núcleo de Estudos Interdisciplinares sobre Psicoativos (Interdisciplinary Group for Psychoactive Studies).